Don't Have An Account Yet ? Register!
Music for Beginning Guitarists
By Kevin Love 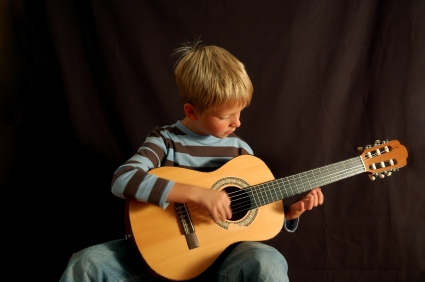 Finding the right music for your beginning students can be a challenge - may we suggest:

As a teacher, I have found that students thrive on the familiar. Here is a way to capitalize on that enthusiasm by using well-known tunes to gradually introduce typical guitar techniques and textures in a progressive way. "Songs of Childhood", Book 1, contains similar treatment of five melodies: Vol. 1 - Themes and Var. 1 - 4; Vol. 2 - Var. 5 - 9.

Composed as 'bridging' material to move from single note melodies to simple arpeggios; with one exception, only a single finger is used in either hand at any given time; preparation exercises for each hand greatly facilitate learning. We both like the snow...

Romanza is one of those 'must do' pieces for most guitarists and often one of the few pieces that beginning students know of and want to play. Unfortunately the traditional arrangement requires intermediate ability, leaving beginners out in the cold. This arrangement is an opportunity for near beginners to get to the music they long to play...

Composed for a student who was captivated by some simple rasgueado patterns that I was doing so I wrote this piece to introduce him to the technique. We're both fans of Zorro. Free score!